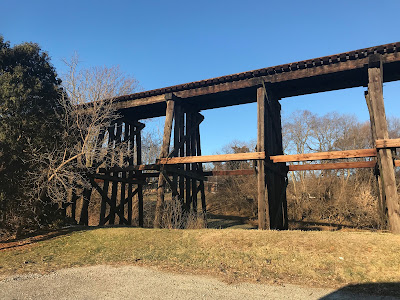 My birthday was on Monday, but instead of waking up to breakfast in bed, I woke up to another day of dealing with bedbugs.

I had spent the previous day with box of black garbage bags and a day’s wages in quarters, transporting clothes from the bedrooms to the laundromat in an endless procession of shame and disgust. I had no idea what the week ahead would bring, but I had a feeling my birthday dinner was going to be spent climbing over the contents of my eviscerated closets.

I had only been dealing with bedbugs for 48 hours, but that was long enough to feel the familiar heaviness of life-gone-awry threatening to pull me under like a sinking ship.

The last time I felt like that was the Christmas I watched my dog struggle with lymphoma while I was waiting for my own biopsy results. And yes, the thought of having bedbugs this past weekend seemed almost as bad.

I would tell myself I was being crazy, that it wasn’t that big of a deal, that I would live through it, that there were so many other much more terrible things my fellow humans were dealing with.

But at night when I had to crawl in between those sheets, along with whatever was already in there waiting for me, I forgot all about those other much more terrible things. The only thing gripping my consciousness was my own terrible reality. I wanted to pray like Jesus in the Garden “take this cup from me,” but unlike Jesus, I couldn’t quite make it to “yet not my will but yours be done.”

I had just been handed a one-way ticket to Hardship that I didn’t purchase, didn’t want, and couldn’t return. The train had left the station and there was no chance of disembarking early. I was going to have to ride this thing out.

So the morning of my birthday was spent watching the pest control guy tear my house apart in search of those tiny little monsters while I kept telling myself God is good all the time, all the time God is great. Maybe if I repeated it enough, it would finally sink in.

What I didn’t know was that I was about to receive the best birthday present EVER. The pest control guy finished his inspection and smiled. He had found NOTHING. He gave our home a completely clean bill of health. The bites we had been noticing ended up being a bad case of eczema – ECZEMA!!! – and there was nothing more anyone could do for us because our problem didn’t exist.

I am 47 years old, and I still let imaginary problems weigh me down before they even become a reality. I am 47 years old, and I still question God’s goodness when trouble hits. This past week I was only dealing with a perceived problem of my own making, but what if it had been real? What if we really do get bedbugs (or some other equally miserable condition) in the future? What will become of God’s goodness then?

I hope I was a good student this past week. I hope I learned a little bit more about life, hardships, and the enduring faithfulness of the God of the Universe. While I know I didn’t completely pass this test, I am trusting that I will get an even better grade next time.

Because there’s always a next time, isn’t there?